May the Best Man Win 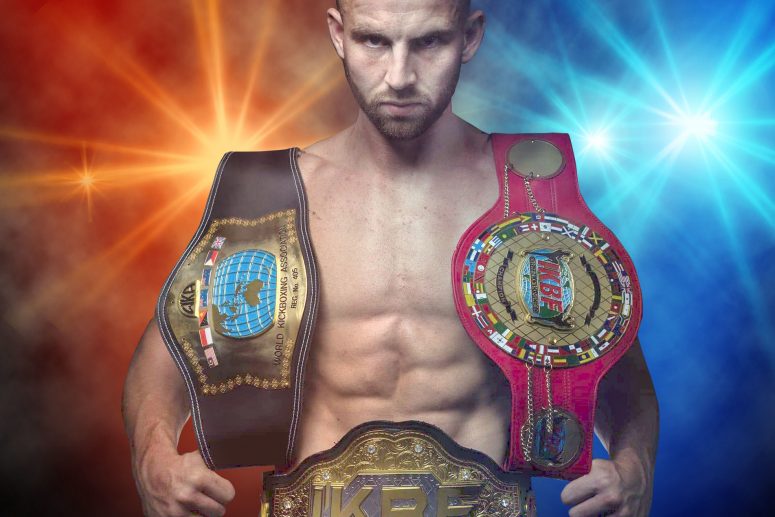 At Powerplay 42 on March 14, Matthew Stevens will participate in the co-main event of yet another stacked Powerplay card. On this night he will face a retuning phenom and in turn will be the ‘out of town’ fighter possibly more than he has ever been in his career.

However, Matthew is no stranger to the Powerplay ring and it has been a little over 12 months since he last graced the promotion with his presence. In that time Matthew has been incredibly busy progressing his career:

“12 months seems like a long time ago now. Since then I travelled to Darwin to fight in the NT fight series 8-man tournament. I took home the winner’s medal that night, and beat some tough fighters in Coby Porter, Josh Fitzroy and Marco Tentori on the way. Since then I signed a multi-fight contract with GLORY kickboxing and had my first fight in Dusseldorf in October, losing a split points decision, but learning a great deal”

Matthew’s first appearance on Powerplay was action packed to say the least. A late change in opponent gave him little time to prepare a game plan, and after escaping some early trouble, Matthew scored an impressive stoppage and earned a great deal of respect in doing so:

“My first fight on Powerplay was memorable for a couple of reasons. Firstly I had a change of opponent only a week or so out, which meant Asif took the fight on late notice – so full credit to him. I remember going into the first round just trying to gauge his strengths and weaknesses. He was a tricky fighter to deal with in terms of pressure and unorthodox techniques, but I managed to find my rhythm and timing and began turning the screws in the 2nd and ultimately finished it in that round. I also remember meeting Warwick Capper in the ring afterwards which was a bit of a highlight”

That impressive performance has paved the way for Matthew to get a call up in the co-main event against the returning Moulay Bakkali. Excited by the opportunity, Matthew is still very cognisant of the challenge that awaits:

“From what I have seen of Moulay, this is going to be a tough contest! Moulay is very well trained, well drilled, doesn’t make too many mistakes and likes to put on the forward pressure, which he is clearly very good at. He is the hometown favourite for a reason”

Moulay has of course been on a 2-year hiatus from the sport, and that throws up some unusual conundrums for Matthew, as there is no recent footage or form for him to assess and analyse. In any event, Matthew is expecting much the same from the ‘Rockin Moroccan’ when they do inevitably throw down:

“I’m expecting more of the same, to be honest. I’m expecting him to put on the pressure and bring a solid, technical fight. I’m also a technical fighter so I think the fans can expect a very entertaining but ultimately intelligent fight from the both of us. Again, being the hometown hero and crowd favourite means I will be up against it from the start. I’ll have to make sure I leave no stone unturned”

Based on Matthew’s assessment, a technical and entertaining fight awaits. Given the styles of both combatants are so similar, it is difficult to determine where Matthew will have those key advantages; and not surprisingly he is giving very little away:

“I don’t like giving too much away, but I’m frustrating to fight for a number of reasons”

So with Powerplay 42 only a couple of weeks away, Matthew is deep into his training camp and his preparation thus far has gone to plan. With a huge team of genuine savages around him, Matthew will be ready for anything come March 14:

“I have a huge team around me, from Jeremy Keeping and Richie Elliot – the trainers at my gym, Rikers. My training partners are abundant and too many to name, (and all savages), but I work especially with Charlie Chau who has graced the Powerplay stage before too”

Not one to sprout off outlandish pre fight predictions, Matthew’s final insight prior to the battle at Powerplay 42 is testament to both the fighter and professional he is:

“We all know there are no guarantees in the fight game, and anything can happen. I’ll be bringing my A-game, as I’m sure will Moulay, and that’s all we can do. May the best man win”