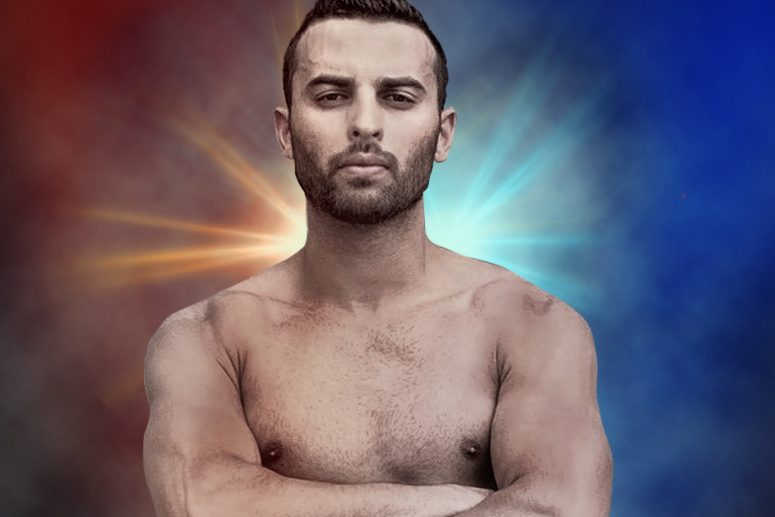 On March 14 the man known as the ‘Rockin Moroccan’ Moulay Bekkali will make his much anticipated return to Powerplay Promotions after a 2 year layoff. With 26 wins from 31 fights and some highlight reel KO’s to boot, Moulay is primed to reignite his career and remind the K1 world that he is the real deal.

Moulay’s absence from competition has provided him with ample opportunities to focus on life outside of the ring:

“Since my last fight 2 years ago, I decided to take a break from professional fighting and dedicate my time towards completing my bachelors degree in chiropractic. In the fight game you have to be in it 100%, it’s not a game, you can get seriously injured especially competing at a professional level. Because I knew I wasn’t going to be able to give this level of commitment I knew it would be better to take a break and comeback when the time was right”

With study out of the way, the right time to return is now and the thought of once again competing on such a credentialed platform has Moulay filled with excitement:

Moulay’s return will coincide with a reuniting of sorts with legendary trainer Joe Nader. Joe has been working with Moulay for some time now and has taught him all he knows about the sport of kickboxing. Moulay is calmed by the fact that we he makes that faithful work to the Powerplay ring, Joe will be right by his side:

“I wouldn’t know where to begin. Joe is like a second father to me, I’ve been training under him for 15 years and has taught me everything I know. We’ve been through highs and lows in the fight game but it’s only made us stronger. I couldn’t see myself entering the ring without him by my side”

Moulay’s opponent for his return on March 14 will be the dangerous Matthew Stevens. Matthew has finished almost half of his fights by KO and has proven to be a handful for whomever stands across from him in the ring. Moulay is not much for talking about his opponents and as such offers a simple message:

“I wish him the best of luck”

With Moulay in full preparation mode for Powerplay 42, he and Joe will now construct a masterful game plan so as to ensure win number 27 is recorded on March 14. As far as strengths and advantages go, Moulay believes he has them readily available across the board:

“I know how to use every part of my body effectively whether it be punching, kicking, kneeing or evading”

Six weeks out, and the anticipation and hype is rapidly building. Moulay has no doubts he’ll put on a show and commence his domestic and then international takeover. For those excited for Moulay’s return, he offers a simple insight:

“[Get ready for] A new and improved Rockin Moroccan”