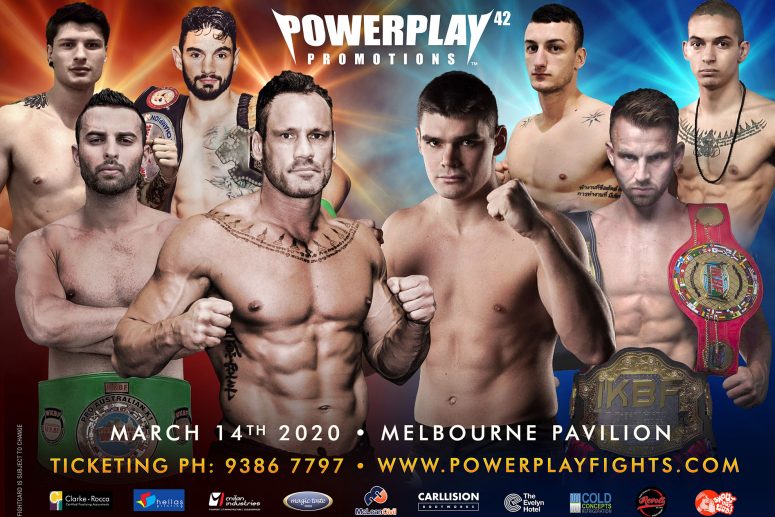 Powerplay Promotions is back on March 14 and as is expected another world class card awaits!

Coming off a massive year which comprised world title victories and payback in the form of avenging a previous loss, ‘The One’ Aaron Goodson will headline the 42nd instalment of Powerplay and look to claim arguably the biggest scalp of his career.

Having dispatched Steve Moxon and Blood Diamond in devastating fashion, Aaron Goodson turns his attention to Mark Timms in what promises to be a high output kick fiesta. A perfect mix of technique, power and aggression these two warriors have the credentials to put on one of the most memorable contests of all time.

The UK native representing New Zealand, Mark Timms is a genuine “excitement machine” who literally breaks his opponents down with constant pressure and a seemingly endless arsenal of strikes. Fighting out of City Kickboxing under the legendary Eugene Bareman, Mark Timms will enter enemy territory and look to dethrone the very best Australia has to offer.