The Queen of Australian Combat Sports 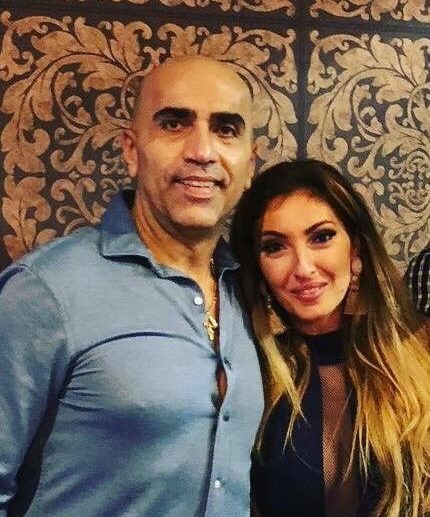 Long considered one of the premier combat sport platforms in the Country, Powerplay Promotions has grown into a genuine juggernaut that has produced a plethora of world class kickboxing, K1 and Muay Thai Fighters.

Behind the scenes, Demi Nader has undertaken an enormous amount of work in order to help Powerplay expand to the promotion that it is today. Demi’s journey to the nerve centre of Powerplay spawned from both opportunity and a willingness to evolve:

“I started Personal Training with Joe at Powerplay Gym while I owned an importing company. During those training sessions I could see the stress Joe was under due to him wearing “all the hats” in his business and offered him some help to restructure and start working smarter and not harder. One thing led to another, I sold my company and bought into Powerplay Gym.”

Upon joining the Powerplay family, Demi undertook a number of roles that helped to build a nucleus of structure and a platform for exploration. In addition, Demi was the first women in Australia to be licensed by the Professional Boxing and Combat Sports Board:

“Initially, I was solely focused on restructure and setting up copious amounts of excel templates, so pretty much the “admin girl” at the gym. Once I felt that was structured I took on the next challenge of working with the promotions company and quickly progressed to Operations Manager. I walked into a business that was about to explode into a new phase of growth, but it could’ve back fired without the right team and procedures in place. My first “hands on” event as Operations Manager was Zambidis vs Parr”

As it is to be expected in a growth organisation, Demi’s role has continued to evolve (sometimes on a daily basis):

“I became the Co-Director of Powerplay Promotions in 2015. Responsibilities? Where do I start haha”

Business elements aside, the heart of Powerplay is that of combat sports. The sport itself is not to everyone’s taste, however Demi is well and truly hooked:

“I love the explosiveness of competitive combat sports. Great fighters, fans, and people I can call lifelong friends have come from this industry”

Anyone who’s worked in the industry would be well aware dealing with the contemporary “hard-nosed” trainers, fighters and managers can be problematic, complex and downright exhausting. For Demi, it’s just part of the game and over the years Demi has earnt the respect of those in the industry:

“Treat everyone with respect and always see the trainer’s / fighter’s point of view when negotiating and ALWAYS stick to your word, whether it’s a hand shake or an iron clad contract. This is something I’ve learnt from Joe. He is one of the most fair and genuine people you’ll ever come across and his word is enough to ensure the goal posts don’t move.  Joe’s instilled this old school value into me with all aspects of our business and everyone we deal with, not just fighters and trainers”

“I’ve also learnt that I need to be fair but also have boundaries that can never be crossed in business. I tend to avoid working with overly difficult people unless it’s crucially unavoidable that’s when “removing emotions” has always proved to enable smarter decisions”

Demi’s role gives her the opportunity to work alongside husband Joe on a daily basis. This could easily be a recipe for disaster, but the Nader’s have found a way to make it work seamlessly:

“I love it! However, at the start it was really hard to adjust – we were business partners before we were husband and wife. We couldn’t make that distinction at the start and used to bring “work home” along with the stuff our family life didn’t need. When work is done, we leave it at the office”

“Joe is one of the country’s best match makers, and that makes my job much easier”

Demi may well be the busiest person in combat sports. The rigor that comes with directing a combat sports promotion can only be described as crazy. However, somehow Demi manages to get the job done whilst balancing life as a devoted mum:

“I have the most AMAZING team behind me. My theory is “Create a team so efficient that nobody knows who’s boss”. I hate micromanaging and I work alongside people who share the Powerplay vision and goals. Having this stress eliminated and knowing that everything is in good hands when I can’t be at work, allows me spend some extra time with my family. HOWEVER, I live a chaotic life that makes me feel uneasy and stressed at times when I fail to plan or unexpected urgencies arise at work such as last minute fighter injuries needing rematching and the other joys that come with promoting.  Between running one of the biggest fight promotions in Australia, cooking, cleaning and laundry I need to keep 3 kids as my priority and that can sometimes be difficult and resolve in me having “mummy guilt”. My older two kids have started VCE this year which has added to our responsibilities as a family, but I’m truly blessed to have a husband that knows when to step in when I start feeling burnt out and the most BEAUTIFUL big sister and girlfriends that either lend a hand or have me laughing hysterically within seconds of saying hi to each other. I still haven’t learnt how to completely balance work and life, but I’d say I’m almost there. I have an amazing business, family and girlfriends, the ingredients are there but sometimes the time management isn’t hahahaha”

So in 2020 Powerplay Promotions will continue to grow in leaps and bounds and Demi will be responsible for managing this continual growth. Get ready combat sport fans because the next phase is going to be epic:

“Powerplay is experiencing unprecedented growth at the moment and our backing of exceptional staff, fighters and fan base has contributed to this. We have negotiated a contract to expand into the Asian market this year and have started implementing strategies to tour Australia over the coming years bringing the Powerplay action to capital cities around the country”