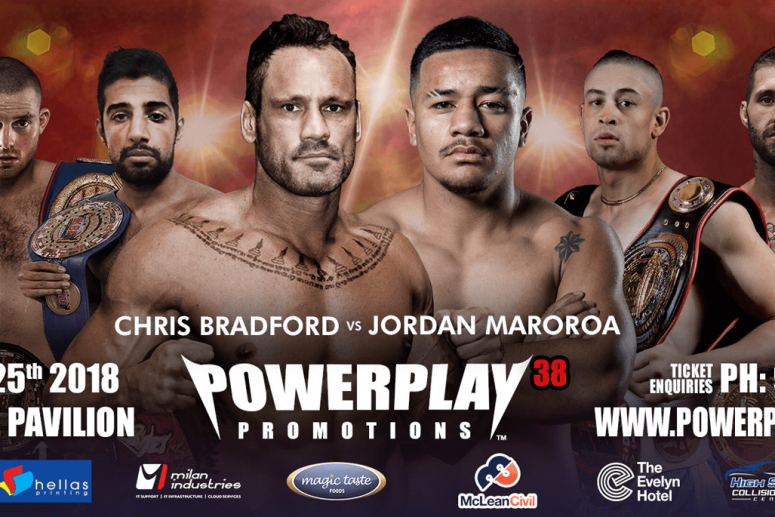 On August 25th, Powerplay Promotions hits the Melbourne Pavilion with its 38th installment of non-stop action headlined by heavy hitters Chris Bradford Vs Jordan Maroroa
Bradford, who came out of retirement for Powerplay 37, proves he enters the ring as a changed and conditioned fighter that refuses to back down. He showed everyone that he has exactly what it takes to mix it with the heavy weights who remained active during his break, giving Steve McKinnon a five round war that could’ve been anyone’s win!
The Geelong fighter from Top Tier Muay Thai now lines up his next challenge against the younger Jordan Maroroa under K1 rules.
Joining these two champions, is a stacked card of Australian fight talent, including 2 x World Champion Aaron “The One” Goodson, Commonwealth Champion and Veteran Roberto Minniti, Jacob O’Connor, Taner Gumustas, Bradley Trainor, Ramen Habiib, Anthony Gilbert, Kimalina Baldacchino and