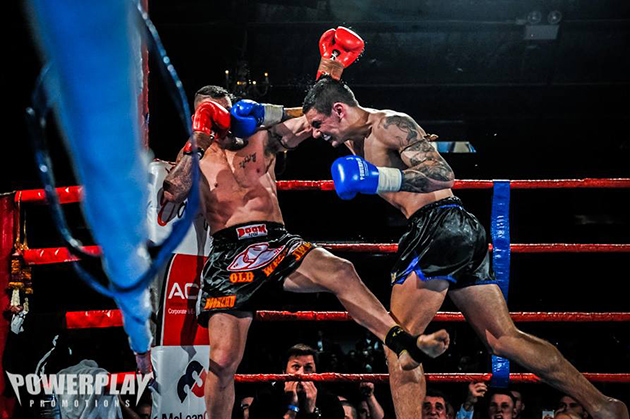 At Powerplay 39 ‘The Weapon’ Toby Smith will make his long awaited and much anticipated return to the Powerplay ring when he battles Brazilian sensation Bruno Miranda in the main event of a fight card that is filled with the best martial artists from Australia and abroad.

Although his original opponent has unfortunately changed, Toby is excited to be back fighting on a show that aligns to one of his fondest memories in the sport:

“I fought on Powerplay before vs JWP; probably one of the biggest fights in Australian history. Since then I’ve collected a few more titles and big scalps but it will be good to fight on Powerplay again, can’t wait”

Toby’s affiliation with the sport is no accident as his father was also a recognised fighter long before Toby ever dreamed of lacing up a pair of gloves. With fighting in his blood, Toby was so young when he was first introduced to the sport that it’s no wonder he can barely recall the experience:

As Toby mentioned earlier he has had the distinct privilege of fighting against the great John Wayne Parr. On that faithful evening not only did Toby step into the ring with the martial arts icon, he dispatched him in ultra-impressive fashion in somewhat of a passing of the torch moment. This moment is one in which Toby will never forget:

“Yeah that was an experience I won’t forget as I said above probably one of the biggest fights in Australian history as I was the up and comer and he was the already very famous and established JWP. Was good to get the win; was a long time coming of hard years fighting and training so to finally get the number 1 spot in Australia was amazing”

The original main event at Powerplay 39 pitted Toby against New Zealand native Brad Riddell. Unfortunately Brad has succumbed to a back injury which has forced him to withdraw from the much anticipated bout. But alas, in steps a genuine wrecking machine in the form of Brazilian Bruno Miranda. For Toby, Bruno currently poses somewhat of an unknown:

Opponent changes mid preparation will have differing impacts on fighters. For some it’s a complete restart from the perspective of game plans, and for others it’s a relative non-topic as the opponent whom stands across from them matter very little. It’s definitely a ‘column B’ approach for Toby:

“No impact. Fights a fight [and I’ll] give it my all as always”

In a somewhat unique turn of events, Toby’s original opponent Brad will now corner his new opponent and will in essence support Bruno to complete the job that Brad was originally hoping to achieve himself. This would no doubt get into the head of a less experienced fighter, however for Toby its business as usual:

“[I] don’t feel anything about that [Brad cornering Bruno]”

It’s safe to say that the martial arts community were looking forward to seeing Toby and Brad throw down particularly under the mouth-watering prospect of Full Thai Rules; and although Bruno Miranda is an exceptional replacement one still ponders if we will get to see Toby and Brad mix it up in the future. From Toby’s perspective that is a fight he still definitely wants:

“Yeah hope he recovers quickly and we get to fight eventually”

So with his focus now well and truly on Bruno, Toby will continue his preparation under the watchful eyes of his experienced and dedicated team. Together they will prepare a warrior, or weapon if you will, and develop a game plan that will render ultimate success:

Having fought names such as Mike Semetriou, Reece McAllister, Samsamut Kiatchongkao, Thongchai and Kem Sitsongpeenong and Superbon Banchamek to name a few, Toby is clear on the elements of his game that will provide the advantage required to deliver an impressive victory. In this instance, the advantage will come via 3 simple yet brutal elements:

“In the clinch, knees and elbows”

So on November 26, the packed crowd at the Melbourne Pavilion will have the distinct honour of watching a talent who’s resume already includes the 76kg WKN World Title; Middleweight WKA World Title; 2 x WPMF 70kg World Title; 1 x Commonwealth Champion; 1x Australian Champion and 2x WA Champion. I hope the fans are ready for a war; Toby sure is:

Heavy hitter, Steve McKinnon, meets the equally brutal “AK 47” Chris Bradford for the anticipated Heavy Weight World Title showdown on Powerplay’s next installment. The fight that has brought Top Tier’s Chris Bradford out of retirement has been agreed to at 94 kg under K1 Rules, promising non stop action that comes with the experience of these two aggressively styled champions!

Joe Nader answers 20 questions for International Kickboxer Magazine. Read on to find out more about the man behind Powerplay Promotions.

1. What would you be doing if you weren’t a promoter?

I couldn’t think of anything else because I have been involved in this sport for 37 years.

2. Do you have any superstitions when fighting?

3. What is the most embarrassing thing you’ve done during a promotion/fight night?

After having a quick shower and putting on my suit at the State Netball and Hockey Centre I had to rush to centre ring to make my speech, but as I was finishing my speech I noticed one of my sponsors pointing at me. I was trying to work out what he was trying to tell me, so I looked down and yes! My zip was down. How does one try to do up their zip in front of thousands of people without getting noticed? I just left it and folded my jacket over and I got through it. There were a few jokes thrown at me after the show, which was funny.

4. What is a surprising fact about you?

5. How would someone close to you describe you?

My fiancé calls me a grumpy old man.

6. What is one thing you are good at (apart from fighting)?

Chilling on the couch watching the footy — I also make the best Bolognese.

To many to choose from (Pulp Fiction).

I have a Mercedes 64 model, two-door coupe sitting in my garage which needs a little attention. Or the Mercedes Gullwing — full of class.

People who don’t keep their word.

Watching the likes of Peter Aerts, Ernesto Hoost etc. in Japan while I was cornering Sam Greco.

18. Biggest/best break you ever got?

Still waiting for it!

20. What piece of advice would you give to an up and coming fighter?

Grasp every opportunity while you can, your fight career is too short to waste. 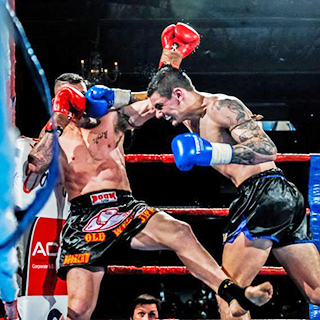 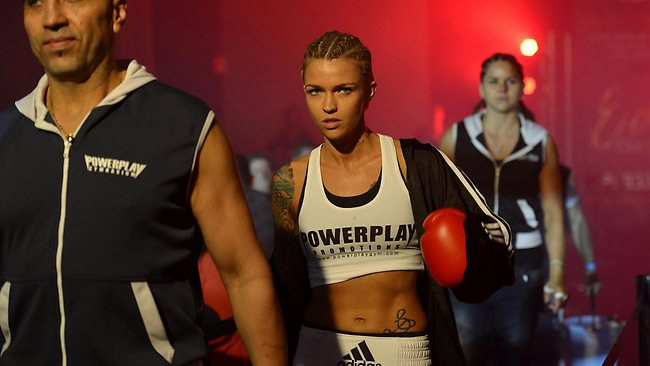